Important Painters of All Time

When we think of the “best” or “most important” of all time, what does it really mean? Why does anyone enter that select group? Ingenuity or innovation? Hard work or perseverance? In the history of art, there are many incredible painters, but there are some who simply stand out from the rest and have created a legacy that has transcended time.

Most Important Painters in Art History

So who are the best painters of all time? In addition to their technical prowess, all of these artists made important contributions that changed Western culture. Many of these painters were considered avant-garde, as they pushed boundaries and made amazing innovations. Most were considered geniuses during their lives and enjoyed the glory of success, although others did not receive recognition until many years after their death.

To be considered one of the greatest painters in all of history, it takes a special combination of technical prowess, unsurpassed creativity and determination. Together these attributes produce outstanding works that continue to amaze and excite hundreds of years after their creation.

Thus, we have created a list of the best painters of all time, taking into account all these factors. While there are perhaps a few names missing that you would like to see on this list, we cannot deny that these artists changed the course of art history.

In addition to experimenting with various media, Leonardo da Vinci also devised revolutionary ways to create impactful compositions. In fact, its characteristic triangular composition is still used today and is widely considered one of the most visually pleasing paint designs. He was also one of the first proponents of the study of anatomical models to perfect his art, something that was illegal at the time. 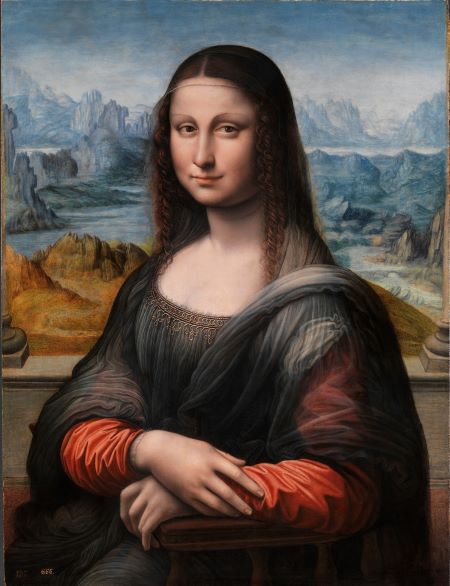 Although Michelangelo probably viewed himself as a sculptor, his place on this list celebrates his wit. Although few paintings by Michelangelo survive, those that still remain are among the best in history. His ability to quickly master fresco painting and take it to new heights is evident both in the ceiling of the Sistine Chapel and in The Last Judgment, which continues to inspire artists today.

This key figure in Baroque painting was also one of the first successful female artists. Throughout the 17th century, Artemisia Gentileschi created dynamic and explosive paintings with her signature use of chiaroscuro and a vibrant palette. Despite the fact that her art was sometimes overshadowed by her contemporary, Caravaggio, her prowess and role in the history of female art have begun to receive the attention they deserved early on.

Rembrandt van Rijn is so famous that even today we call this Dutch master by his first name. Painting everything from genre scenes to landscapes to great historical and mythological paintings, Rembrandt was the dominant force in Dutch art for much of the 17th century. His masterful use of light, as well as his refined and expressive approach to painting, have made him a favorite among art lovers to this day.

The romantic painter JMW Turner is known as a forerunner of modern art. With origins in traditional neoclassical painting, Turner began to strive for realism in his work, an approach virtually unknown at the time. Through thousands of watercolors and oil paints, he experimented with light, color, and the brush. He even worked on his oil paintings in the open air, something that would later influence the Impressionists.

Although today he is seen as one of the most influential painters in Western art, Vincent van Gogh was not commercially successful during his lifetime. However, since the early 20th century, his expressive paintings have captivated the art world. Filled with dramatic brush strokes and bold colors, this post-impressionist painter’s work is a roadmap to modern art.

Prominent Post-Impressionist painter Paul Cézanne has enjoyed a lasting legacy thanks to his innovative approach to perspective, a vivid color palette, and his use of painterly brushstrokes. In fact, his preference for decomposing shapes and using bold hues has often led him to be considered a forerunner of Cubism.

From working outdoors to his historical studies of time and light, Claude Monet is perhaps the most beloved of all Impressionist painters. In fact, his painting Impression, Rising Sun is credited with the birth of this aristic current.

As part of the group of Impressionists, Mary Cassatt was a pillar that shaped the legacy of this movement. The American artist defied boundaries with her loose brushstrokes and bright colors. Additionally, she is known for her focus on mothers and children in her paintings. Her intimate compositions, which portrayed the most common moments of motherhood, were revolutionary at the time and helped forge her legacy.

Polish artist Tamara de Lempicka was a superstar of the early 20th century. Surrounded by the elite of the avant-garde in Paris, this painter distanced herself from impressionism, the popular style of the time, and concentrated on charting her own path. The graphic quality of her work and her vivid and intense colors made her a leader in Art Deco painting. Today, his work continues to inspire designers and is emblematic of this Golden Age.

With a broad career in which he experimented with multiple styles, Pablo Picasso is undoubtedly one of the most recognized names in Western art. His role in the rise of Cubism would be enough to consolidate his status in the history books; however, Picasso did much more. This Spanish painter is known for showing how classical art can be mastered, and then manipulated, into something new, fresh and modern.

Her intimate and emotional self-portraits, as well as the celebration of her cultural heritage, are just some of the things that make Frida Kahlo one of the greatest figures of the 20th century and modern art movements. Although Frida Kahlo has become something of a pop culture icon today, this should not overshadow her great skill as a painter and her innovations in bringing Mexican culture to a wider audience. His deeply personal self-portraits also point to a new direction for modern artists, where art was about expressing inner emotions rather than trying to please a collector or patron.