We explain what painting is, its origin and its characteristics. Also, what are the techniques, main representatives and more.

Painting is considered one of the seven fine arts.

What is painting? Painting is an artistic procedure that is based on figurative or abstract representation through thick or liquid substances that are applied with various tools on a canvas. It consists of a complex art that requires the integration of various techniques of painting, drawing, visual composition and the use of color theory.

There are different painting techniques that are subdivided into two general groups:

Dry painting techniques. They are those that do not require the use of a solvent to apply to the paint or substance. For example, graphite pencil, colored pencils, markers, charcoal, and crayons or crayons. Collage, photomontage and decoupage are also included.

Wet painting techniques. They are those that require the addition of a diluent based on water or oil, to apply to paints or substances and use them with a tool, such as a brush or spatula. For example, tempera, watercolors and oils.

The artist can use one or more techniques on a surface that can be: a canvas, a wood, a wall, a sheet of paper or a fabric, according to the aesthetic criteria of the artist. 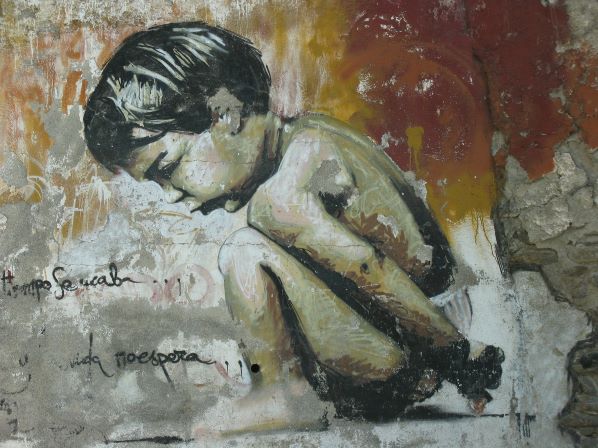 The term rock derives from the Latin rupestris and means rock. Humans painted pictures of animals or stencils of their hands on cave walls. They used their fingers, flattened stones or feathers as tools, to capture the dyes they obtained from nature, such as red from iron oxide or from the blood of an animal and black from manganese oxide or carbon.

Five thousand years ago Egyptian painting showed an evolution in its techniques and designs, although they maintained conceptual rather than realistic images. They used to paint on the walls of the tombs of the pharaohs figures of mythological beings and scenes from everyday life, such as hunting and agriculture.

Roman painting was of great influence to the Greeks, both for the walls decorated with mural painting with the fresco technique, and for the painting on tableware and ceramics. The Greeks were noted for the advances in ceramic painting techniques.

Before the Spanish invasion, the painting of the native American peoples represented religious situations, their different deities and questions of astrology, as can be seen in the Aztec, Teotihuacan or Mayan cultures. From 1492 with the arrival of Columbus in America, the European art exerted its influence also in art and painting.

With the connection of the old and the new world, the new artistic movements, most of which emerged in Europe, spread throughout the world. For example, Modernism from 1900, Gothic painting from 1400, Cubism from 1910, Expressionism from 1914 and Dadaism from 1916, among others.

Luminosity is central in painting to achieve realism.

Among the main characteristics of the painting it stands out that:

It makes use of two or three dimensions: height, width and depth, through visual perspective techniques that are used to create the illusion of depth. The use of color is from the primary colors, red, yellow and blue, which when mixed can be obtained secondary colors, green, orange and violet.

Tertiary colors are the many variants of the primary and secondary tones. Use various supports such as canvas, table, paper, murals, among others. The use of the form can be with mimetic or abstract representations. Contemplate the importance of luminosity, a central aspect in painting to achieve realism.